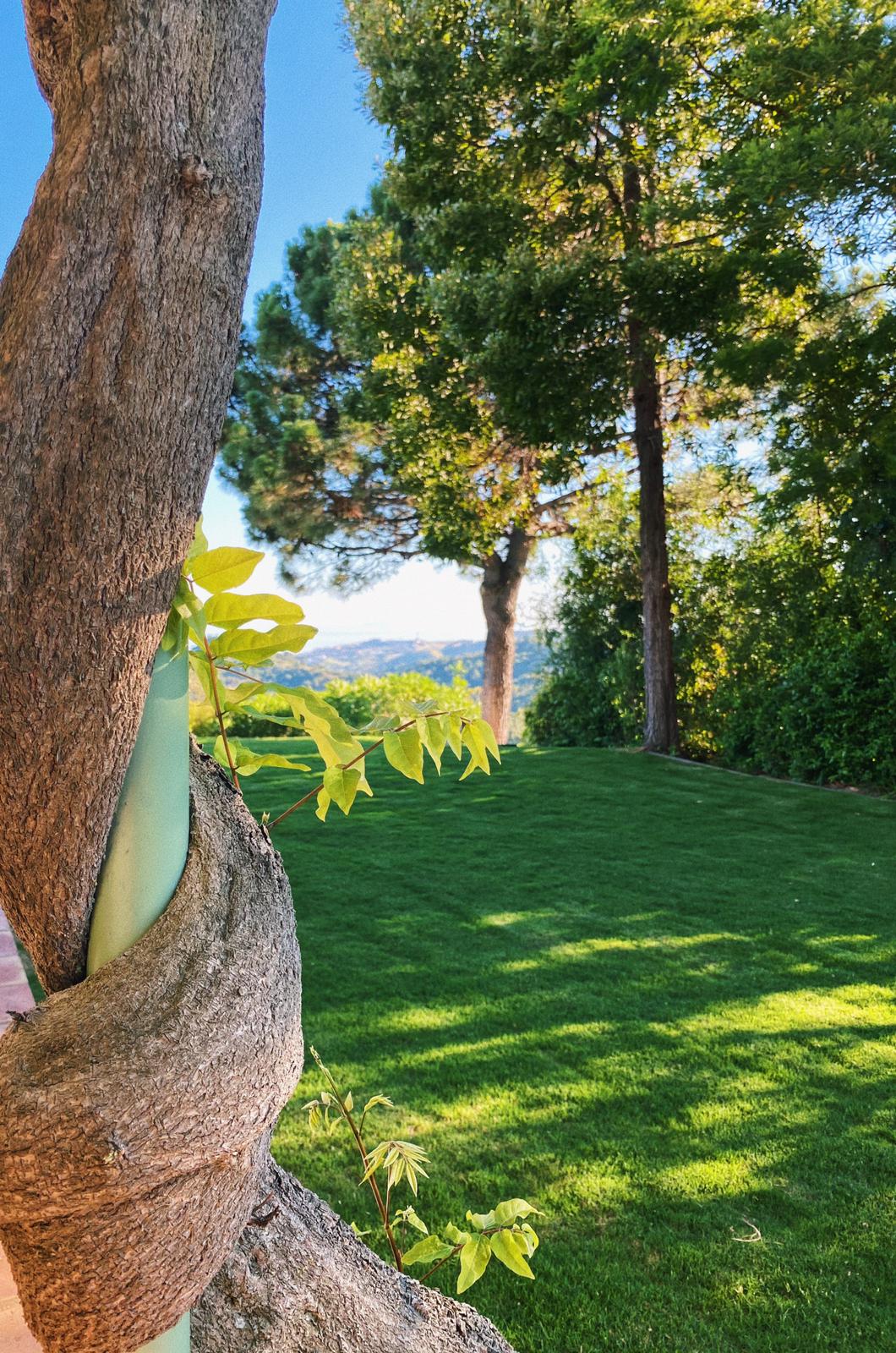 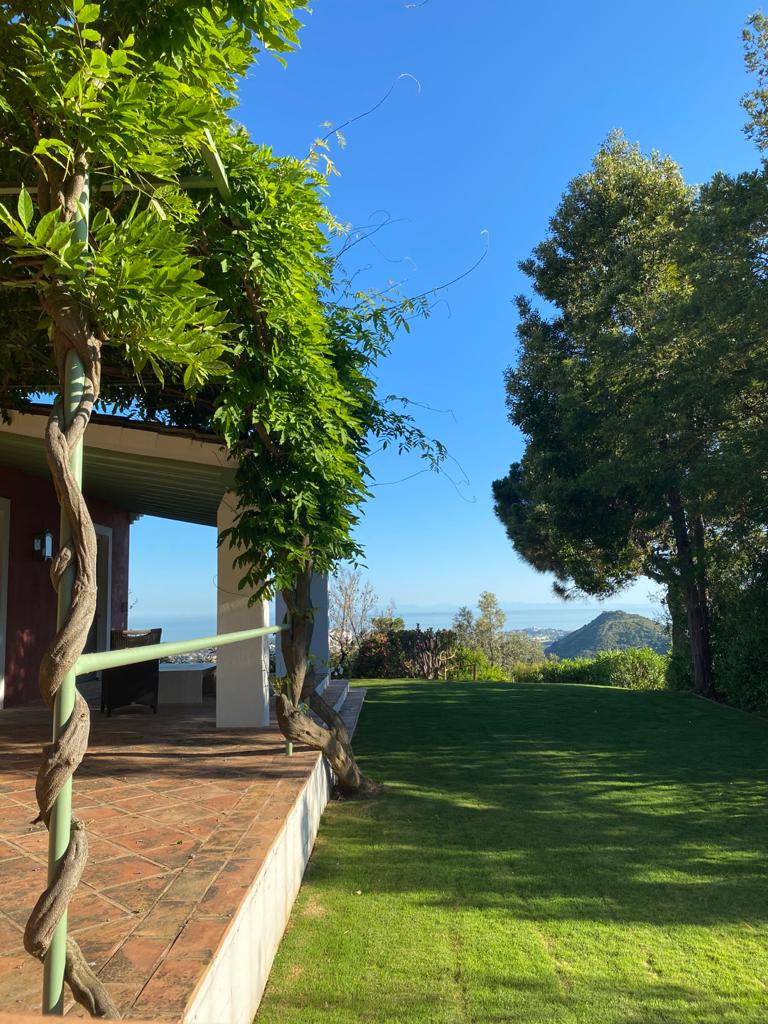 Landscape design project for a Private Villa in Benahavís

We saw this project as a balancing game between the home’s architecture and its natural surroundings. The vegetation was chosen to highlight the house but also to provide varied and important views from the interior looking out over the various designed areas. We also ensured that each focal point had at least one main plant element so that the owners would never feel far away from nature.

The estate’s existing vegetation is Mediterranean, including pine trees, cork trees, wild olive trees, cypresses and, due to the property originally being a fruit farm, others such as the bitter orange, olives, pomegranates, etc. In the shrub beds there are plant species such as ericas, rockroses, lavender, rosemary, periwinkle—all typical vegetation from the Sierra Bermeja mountains.

The landscaping project was focused on several phases:

Access: The objective was to deliniate the entrance, running from the main road to the façade of the house, using cypress and lavender.

Main entrance: for this grand area we employed a compacted soil base with fine olive and cypress trees and for the borders, groups of pittosporum, lavender and rosemary.

Romantic garden: on the left side of the house we created a small, Andalusian garden, very much in keeping with the home’s architecture. This L-shaped garden brings to mind the gardens of the Real Alcazar in Seville, or the Alhambra of Granada, with fountains, myrtle hedges and rose bushes on an organic foundation of albero soil.

High steel planters were designed, set with pomegranate trees and large-size cypresses were used to frame the garden. Under a pergola, a contemplation area was created, where the sound of fountains can be enjoyed together with the colours and scents coming from an array of plants, as well as panoramic sea views.

Main garden: Another L-shaped garden was increased by supporting walls on the south side providing greater breadth to an almost non-existent garden. By covering most of the old swimming pool with a concrete floor on which soil was laid, extends the size of the existing garden. This was then crowned by a parterre, a level space occupied by an ornamental arrangement of flowerbeds, in which a combination of cypress trees was set to frame the south-facing views to the sea.

Guest garden: This is a small, secluded and intimate garden for the enjoyment of house guests. We set a circular fountain together with a bench, so that people may sit at night next to the bitter orange trees, which release a characteristic orange blossom perfume, so typical in Andalusian gardens.

Vegetable garden: On the lower level of the guest garden, a formal orchard has been designed, replacing the existing one that had become neglected. We used five milimetre steel boxes that slowly oxidize containing aromatic plants and herbs, and for the sides, an arrangement of various citrus fruits for the family’s consumption.

Paths and pond: From the start we suggested setting out a series of paths to cross the estate enticing pleasurable walks and creating different areas of relaxation and contemplation. These paths lead to a pond with a sheet of water emphasizing the views across the horizon.

Sustainability of the various spaces is the main concept across the whole project, bringing in to consideration the plants selected, irrigation system as well as equipment and the durability of the garden.

The plant material is entirely composed of species that adapt to the area’s climatic conditions, which ensures the greatest success in its implementation, while also reducing care and maintenance costs.